During the winter months, we see a number of malfunctions of the boilers and furnaces used to heat our homes and buildings. A common malfunction is a phenomenon known as a puffback. A puffback is the result of the ignition of a large amount of vaporized oil or gas vapors in the firebox, thereby creating an unintended explosion and/or fire condition that will produce soot and smoke that will settle throughout a residence.  A common result is the distinctive dark black Halloween-type cobwebs that form as shown in Figure 1. Although gas-fired systems can produce puffbacks, puffbacks are much more common in oil-fired boilers and furnaces. 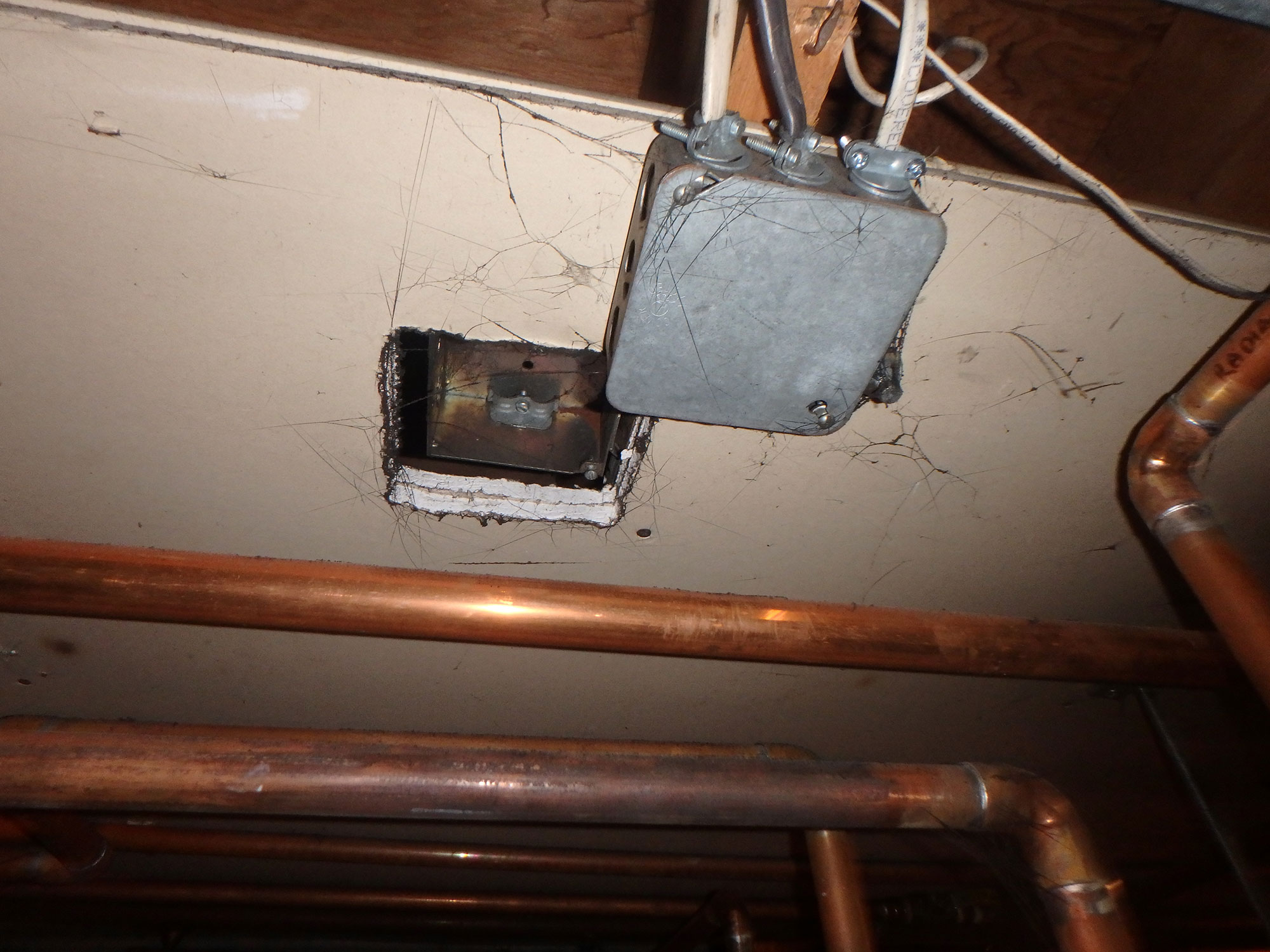 To prevent puffbacks the heating equipment should be serviced on an annual basis in order to keep the equipment operating in the correct manner. A typical oil burner is shown in Figure 2. Arrow 1 identifies the primary oil burner controller that controls the operation of the oil burner and shuts down the boiler upon the loss of an active flame in the boiler firebox. The boiler is restarted after a manual reset button is pressed by a user. Arrow 2 in Figure 2 identifies the ignition transformer. The ignition transformer produces the voltage that creates a spark between the electrodes. Arrow 3 identifies the oil pump motor. The pump introduces oil and air into the oil burner. 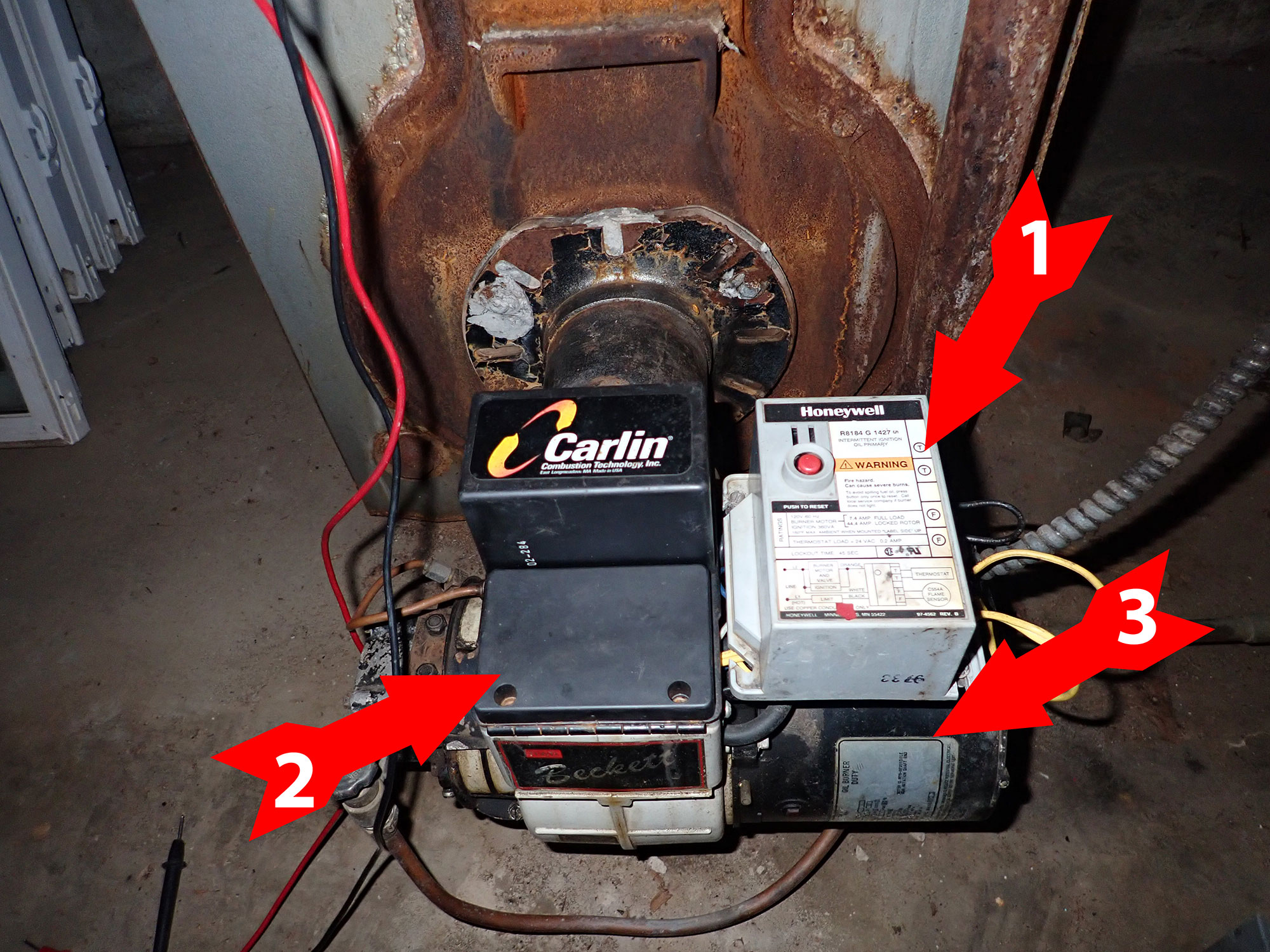 An oil burner uses electrical ignition to raise the oil temperature to 700°F in order for burning of the oil to take place. Electrode ends, identified by Arrow 1 in Figure 3, mounted in ceramic insulators, are positioned in front and above the oil spray oil nozzle identified by Arrow 2 in Figure 3. As the atomized oil swirls out of the nozzle and mixes with air, a spark jumps between the electrode ends and ignites the mixture of oil and air. The incomplete combustion of the oil will leave excess oil within the firebox that will vaporize. The later sudden ignition of this larger than intended amount of oil will produce a puffback. 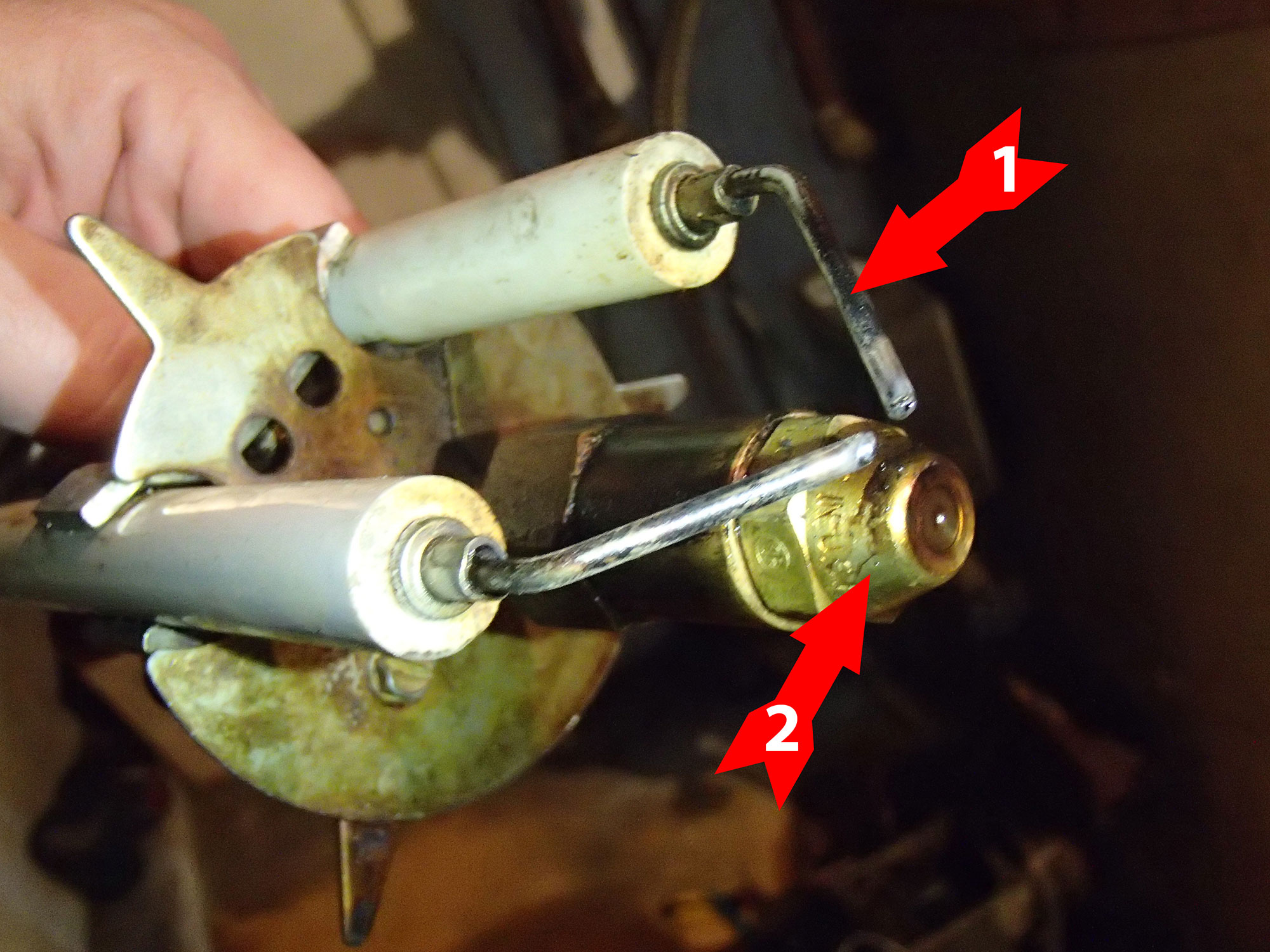 The introduction of unburned oil into the boiler firebox is a consequence of an oil burner that is not operating in a correct manner.  Causes leading to the accumulation of un-burned oil in the firebox include:

Thomas W. Dombrowski, P.E. is a consulting engineer with our Hartford, Connecticut office. Mr. Dombrowski provides consulting services in the analysis of matters involving machinery and mechanical systems. You may contact Tom for your forensic engineering needs at twdombrowski@edtengineers.com or (860) 285-8000