In 2015, the National Transportation Safety Board (NTSB) reported 1,282 civil aviation accidents in the United States, 1,210 of which belonged to General Aviation (GA). Of these 1,210 GA accidents, 238 involved a total of 406 fatalities. There are more than 220,000 general aviation aircraft in the United States, which conducted 24,142,000 flight hours in the same time period. That’s 1.68 deaths per 100,000 flight hours. Using an average speed of 60 mph for automobiles, it may be surprising to know that this number is nearly 25 times the rate of deaths per hour traveled by automobile.

For this reason, the promotion of air safety in the United States is a big deal.  One of the primary means by which air safety is promoted is by the investigation of and probable cause analysis of all aviation accidents. In accordance with Federal Aviation Administration (FAA) Order 8020.11 an aircraft accident, and subsequent definitions are provided as follows: 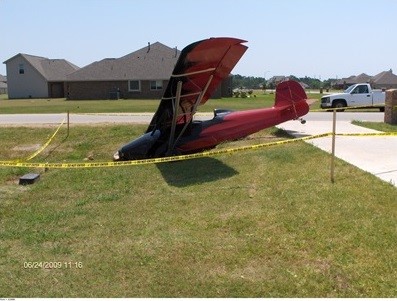 "An occurrence associated with the operation of an aircraft which takes place between the time any person boards the aircraft with the intention of flight and all such persons have disembarked, and in which any person suffers death or serious injury, or in which the aircraft receives substantial damage.”

“Any injury which: (1) Requires hospitalization for more than 48 hours, commencing within seven  days from the date of the injury was received; (2) results in a fracture of any bone (except simple fractures of fingers, toes, or nose); (3) causes severe hemorrhages, nerve, muscle, or tendon damage; (4) involves any internal organ; or (5) involves second- or third-degree burns, or any burns affecting more than 5 percent of the body surface.”

“Damage or failure which adversely affects the structural strength, performance, or flight characteristics of the aircraft, and which would normally require major repair or replacement of the affected component.”

"49 Code of Federal Regulations (CFR) Part 830 defines an aircraft incident as any one of a series of specific occurrences that may, or have the potential to result in serious injury or substantial damage.  These occurrences include flight control system malfunctions, flight crewmember illness, in-flight fires and collisions, among other things."

It is not necessary to report to the NTSB any occurrence not meeting the definition of aircraft accident or serious incident. For those occurrences that are reportable, however, the responsibility to investigate falls to the federal government through the actions of the NTSB and the FAA.

The FAA’s activities on an investigation are provided through FAA Order 8020.11, by which FAA Form 8020.23 (Accident/Incident Report) is completed.  Until the NTSB takes possession of the involved aircraft, or grants a release of it, the aircraft should not be moved except to remove persons, protect wreckage or protect the public.  If movement of the aircraft is required for these purposes, then photographs of the aircraft, its position, and all impact marks must be documented prior to its movement.  It is the responsibility of the aircraft operator to assure that these initial requirements are met.

The main purpose of the federally mandated investigation is prevention. Parties authorized to attend an NTSB investigation are authorized by the NTSB as needed for expertise.  Parties that are prohibited include attorneys, families of victims and insurers, or anyone else who may be deemed by the NTSB to have a personal or monetary interest in the outcome of the investigation.  However, information requests can be made by anyone to the NTSB IIC by contacting the NTSB Response Ops Center at (202) 314-6290.  The NTSB’s relevant information of the accident and probable cause will be provided in the NTSB Data Collection or Factual Report.

Engineering Design & Testing Corp. (EDT) provides third-party aircraft accident investigation services, with the objective of providing expert cause analysis.  The cause of an accident or incident is defined as follows:

A condition or situation that can result in property damage, personal injury, or death.

A hazard for which all reasonable steps have been taken to minimize the risk associated with the hazard.

A defect that is attributed to the actions of a person or entity, an act of the natural world, wear and tear, any combination of these categories, or to unknown conditions or circumstances.

As can be seen by a review of the above definitions, an aircraft accident is a hazard that can be assigned to a specific cause,  even if that cause is unknown.  An example where a cause may be unknown is if the remains of an aircraft that was involved in an accident is consumed in a post-crash fire, or if an avionics package that is suspected of a malfunction has been damaged so that testing is no longer possible.

The methods that EDT utilizes in cause determination mirror those utilized by the FAA and NTSB.  The following methodology, which is provided by the Transportation Safety Institute (TSI), Aviation Safety, is utilized to determine:

Preparation, which includes personal readiness, learning of policy and procedures, and by obtaining proper equipment, begins the moment an aircraft accident investigator decides to enter that line of work.

When an accident or incident takes place, and an assignment is made, the aircraft investigator then enters the data collection phase.  This phase involves the gathering of factual information.  This begins when the assignment is made by the gathering of date, location, time, aircraft type, route, weather conditions, flight crew, passengers, cargo, witnesses and any additional information which is or may become available.

Data collection continues through the period that the investigator is onsite at the crash location, or where the aircraft and its components are stored.  The first order of business is to establish control of the accident site.  The purpose of this activity to preserve accident artifacts. Also required is to determine what personal protective equipment (PPE) will be required for working in and around the wreckage.  Further, special equipment and expertise should be decided.  These items should be taken care of before any of the wreckage is touched or moved, and before an initial walk through of the wreckage or crash site is conducted.

Included in data collection is wreckage arrangement, fire signatures, metallurgical signatures, indications of system failures (such as communications or controls), ground scars, paint transfer marks, and structural deformation, among other things. The objective in collecting data is simple– gather as much factual information in as expedient a manner as possible and document it for later review and analysis. Photographs will be taken at this stage and diagrams of the wreckage will be completed. In addition, the velocity and angle of impact will be determined. A deliberate effort must be made to exclude all speculation during this phase of the investigation.

Many, if not all, of these crash site data collection efforts are completed by the FAA or NTSB prior to any third-party inspections of the wreckage.  It is important, however, to recognize the methods employed so that confidence in the data integrity can be established.  To that effect, therefore, the first exposure that third-party investigators may have to the wreckage will be after it is reconstructed in a better protected environment. 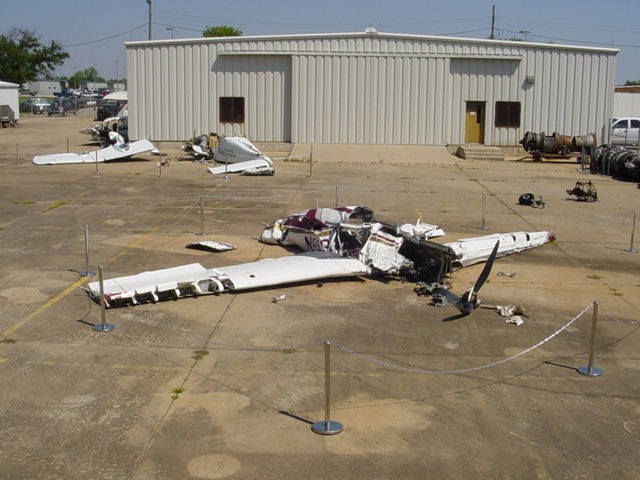 During this phase of the investigation, data is correlated from multiple sources into a logical form that helps to explain what happened.  Three main causal factors will be considered:  Man, Machine and Environment. An example of the tabulation of these factors are shown in the table below:

The collected data will also be arranged by the investigator in charge who, for third-party investigators, is typically the expert retained by the aircraft owner, into three categories:

Data analysis also involves establishing a time line to which every member of the investigation team can agree.  Because of the large amount of data that must be considered in aircraft accident investigation, it is much better to deliberate with other members of the investigation team.  Conclusions as to the cause of the accident are more accurate when an open dialog is maintained and differences of opinion are discussed. In any event, an open-minded investigator who makes a genuine effort to develop un-biased opinions will best serve both the general welfare of the public and his client’s interests when a direct correlation is demonstrated between the facts gathered during the investigation and the conclusions that are derived.