A portion of a warehouse roof gave way during a snowstorm. Months earlier, solar panels had been installed on the majority of the roof. Concern was raised about the added weight of the solar panels, in conjunction with the snow, on the roof framing. However, only a relatively small area of the roof (10,000 square feet) gave way, in comparison to the entire roof (300,000 square feet).

The roof was framed with a proprietary framing system, created in the mid-1900s, by a now-defunct manufacturer. The system incorporated cold-formed steel girders, which support open web steel joists. In an effort to minimize material, the girders were arranged in a cantilevered beam configuration, whereby columns were offset from the ends of the girders, such that a length of the girder extended past the column. “Drop-in” girders were placed in between the cantilevered girders to complete the girder lines. 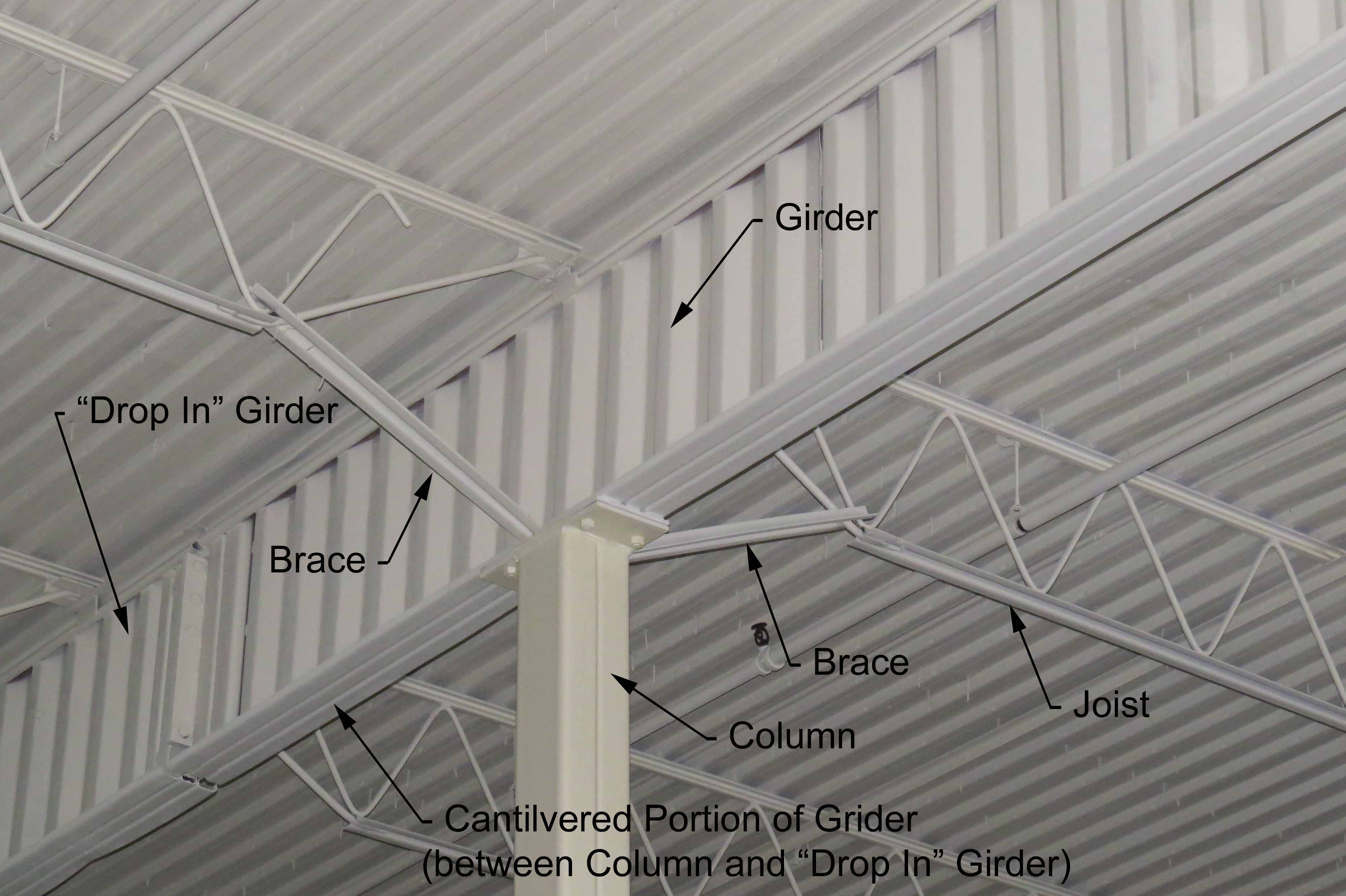 Prior to the roof giving way, employees of the warehouse had captured a couple photographs of the roof framing. A portion of a girder had twisted from a vertical to a horizontal orientation, thus rendering the girder unstable. The stabilizing double angle braces were not visible in the photographs taken by the employees. A column was located near the middle of the twisted girder. The wreckage near the aforementioned column was examined, but no double angle braces were found. The twisted girder and corresponding ends of the open web joists were examined, but no weld remnants were found.

Among the perimeter of the wreckage, a set of double angles were found on the warehouse floor. The ends of the angles had the remnants of welded connections. Weld remnants were also found on the corresponding open web joists.

The relatively small double angle braces played a significant role in the performance of the large roof framing system. It was determined that the girder became unstable in the presence of the snow load, due to the absence of the double angle braces, which provide stability against compression in the bottom flange of the girder at the top of the column. The absence of the stability bracing was attributable to a construction defect, dating back to the original construction of the building.

Edward M. Deegan, Jr., M.S., P.E. is EDT's Mid-Atlantic District Engineering Manager and one of three Consulting Engineers in our Mid-Atlantic Office. Mr. Deegan provides specialized consultations in the areas of structures and the built environment, including cause of damage, scope of damage, and value of loss. You may contact him for your forensic engineering needs at emdeegan@edtengineers.com or (856) 662-0070.

Learn about how EDT Forensic Engineering & Consulting approaches damage assessment to commercial and industrial and forensic engineering by assigning a file today.