Keep Your Head Out of the Clouds

HAMLET: Do you see yonder cloud that’s almost in the shape of a camel?
POLONIUS: By th’Mass and ’tis, like a camel indeed.
HAMLET: Me thinks it is a weasel.
POLONIUS: It is backed like a weasel.
HAMLET: Or a whale.
POLONIUS: Very like a whale.

Seeing patterns in clouds is as old as humanity. There is even a word for it: nephelococcygia (“Nef-uh-low-cock-sig-gee-ah”) from the Greek Νεφελοκοκκυγία, first used in the play The Birds by the Greek playwright Aristophanes in 414 BC. Engineers should never have their heads in the clouds, and a good engineer would never be as subjective as Hamlet or as suggestible as Polonius. But pattern recognition is not just the stuff of playwrights. The ability to see patterns is key to human intelligence.

…superior pattern processing (is) the fundamental basis of most, if not all, unique features of the human brain including intelligence, language, imagination, (and) invention… 1

Pattern processing is how we learn to read, enjoy music, understand spoken language, and recognize faces. Because pattern recognition is so central to how our minds work it is our greatest strength and can be a great weakness. Since our brains work by pattern processing, we find patterns, even when they are not there. There is a word for that as well, Apophenia (“A-pop-thin-e-uh”). 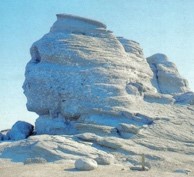 Optical illusions are the classic example of pattern recognition gone awry - this happens when there are incomplete patterns in an image and our brain fills in the missing parts like in The Sphinx, a natural rock formation in the Bucegi Natural Park in Romania, shown in the image above. We look at the rocks and we see a face. Specifically, a face reminiscent of the Egyptian monument. One can scarcely help but see the pachyderm in the aptly named “Elephant Rock" on Heimaey Island, Iceland, shown in the image below. 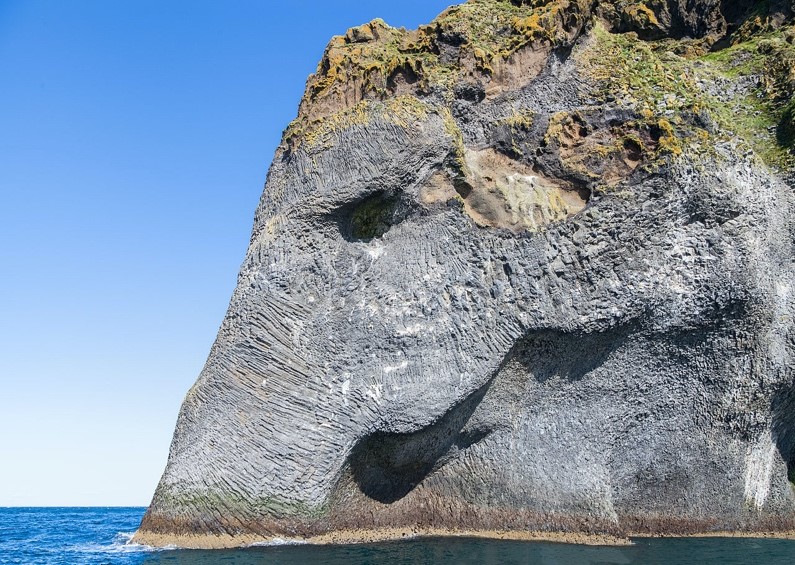 We not only fill in the gaps, but we also find patterns when there is no pattern at all. When the Apple Ipod first came out it had a feature called shuffle that would play songs in random order. Users complained that the same song would play multiple times and other songs seemed to never play – which is what a statistician would expect in a truly random sequence. Users perceived patterns in their playlist and insisted it was not random. Apple changed the feature to randomly put songs in order, but ensured no song was ever repeated or skipped, which is manifestly not random.

A more famous example of Apophenia is The Face on Mars. Shown below are a series of photographs from NASA. The image on the left is from Viking 2 in 1976. The middle image is from NASA's Mars Global Surveyor in 1998. The image below is from the Mars Global Surveyor in 2001. As the resolution of the photographs improved from 1976 to 1998 to 2001 the formation looks less and less like a face.

The take-away is that seeing a pattern is insufficient to draw conclusions. The recognition of a pattern may be an indicator of where to look, but one must first gather data. As Sherlock Holmes said:

“Data! data! data!" he cried impatiently. I can't make bricks without clay. -Arthur Conan Doyle, The Adventure of the Copper Beeches (The Adventures of Sherlock Holmes, #12)

Once in possession of data then one must bring the tools of science to bear on the data: testing, experimentation, and mathematical analysis. As forensic engineers this is what we do; we apply the scientific method to our observations. If, as an expert witness, the forensic engineer goes into court with only the observation of a pattern, their testimony “I see a pattern” can be refuted by an adverse expert who simply says ” I do not see a pattern”. Our clients deserve and require more than just seeing shapes in the clouds.

Gary W. Mullis, M.Eng., P.E. is a Consulting Engineer in our Charlotte, North Carolina Office. Mr. Mullis provides consulting in the areas of design and performance of electrical power distribution, transmission, and generation, including fire origin and cause analysis, scope of damage, and repair/replacement economic and technical feasibility analysis. His areas of expertise also include electrical system and equipment performance during fault and unbalanced conditions, as well as analysis of electrical contact accidents, arc flash events, and direct stoke lightning. You may contact him for your forensic engineering needs at gmullis@edtengineers.com or (704) 523-2520.

Learn about how EDT Forensic Engineering & Consulting approaches damage assessment to commercial and industrial and forensic engineering by assigning a file today.