While the term generator often refers to a device that converts mechanical energy into electrical energy, more often than not what we refer to as generators are actually a combination of an internal combustion engine and an alternator. Electromagnetic generators fall into one of two categories, with one type, a dynamo being a device that generates direct-current (DC) electricity when its input shaft is rotated, and the other, an alternator that generates alternating current (AC) electricity when its input shaft is rotated. What we often refer to as generators come in many shapes and sizes. Everyday applications making use of alternators/generators include vehicles, campers/RVs and at job sites where electricity is not readily available, or even at your home as a backup when the electricity goes out. Larger versions – often referred to as Gensets- that combine a larger internal combustion engine with an alternator are used in a variety of applications as well. In areas where a loss of electrical power can be catastrophic (Hospitals or fire sprinkler pumps for example), a well-functioning genset can be a literal lifesaver.

Gensets may also be found in municipalities where power needs exceed that available from the electrical grid (the electrical network responsible for delivering electricity from producers to consumers.) as well as on small or remote islands and other areas where transmission of power from a large powerplant is not practical, or where fuels often used to generate power at a plant (coal, natural gas) are not readily available. In these cases, gensets often utilize diesel engines as diesel fuel is more readily available than electricity and can be stored for long periods of time (6-12 months) without significant degradation and even longer when treated with stabilizers and/or biological growth inhibitors. Diesel engines are also favored for their simplicity as they do not require electronic ignition systems needed for gasoline engines. In addition to its favorable shelf life in bulk storage, diesel fuel also offers improved lubricating properties than gasoline and is less prone to form varnishes and corrosion in fuel system components during extended periods of idle time. That said, natural gas is also a popular source of fuel for generators, in particular where abundant supplies of natural gas are present (near pipelines, gas wells, etc.). Another site where the use of natural gas (methane) has grown popular are landfills, where an abundance of natural gas is present, though some pre-treatment of the gas is necessary to remove harmful contaminants. Other engine modifications are also completed to accommodate the ingestion of the less-refined fuel and the corrosive combustion byproducts that are often present.

Gensets may be mobile or stationary.

Stationary gensets are what you will most often find in the aforementioned hospital, island, and small municipality applications. These gensets for Hospitals fall under requirements established by the National Fire Protection Association (NFPA) - NFPA 99 (Health Care Facilities Code) as well as NFPA 111 (Standard for Emergency and Standby Power Systems) which also address requirements for other applications where gensets are utilized for emergency and standby power. These standards outline various requirements that pertain to performance, maintenance, testing as well as supporting equipment (transfer equipment, controls, etc.). 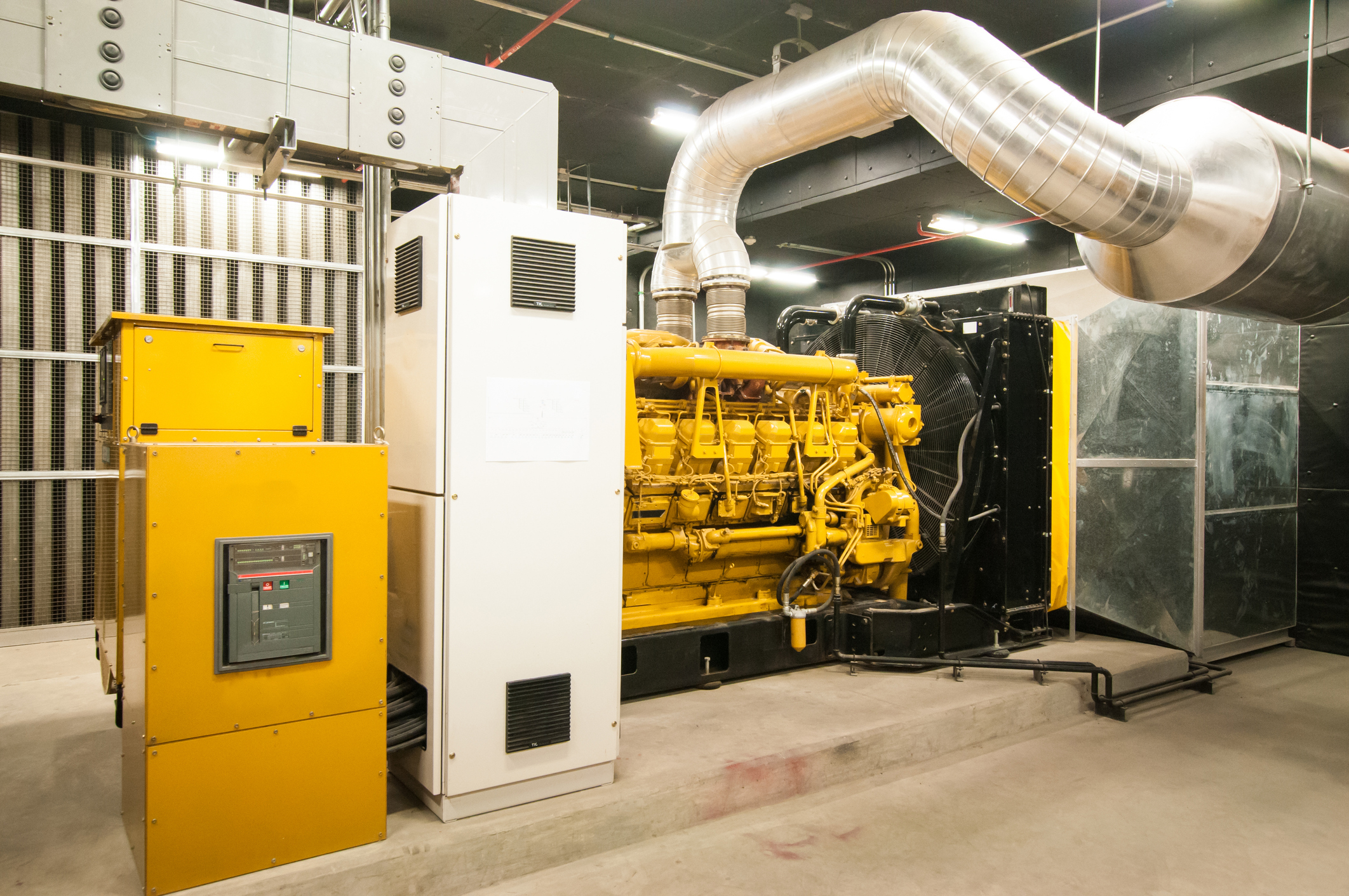 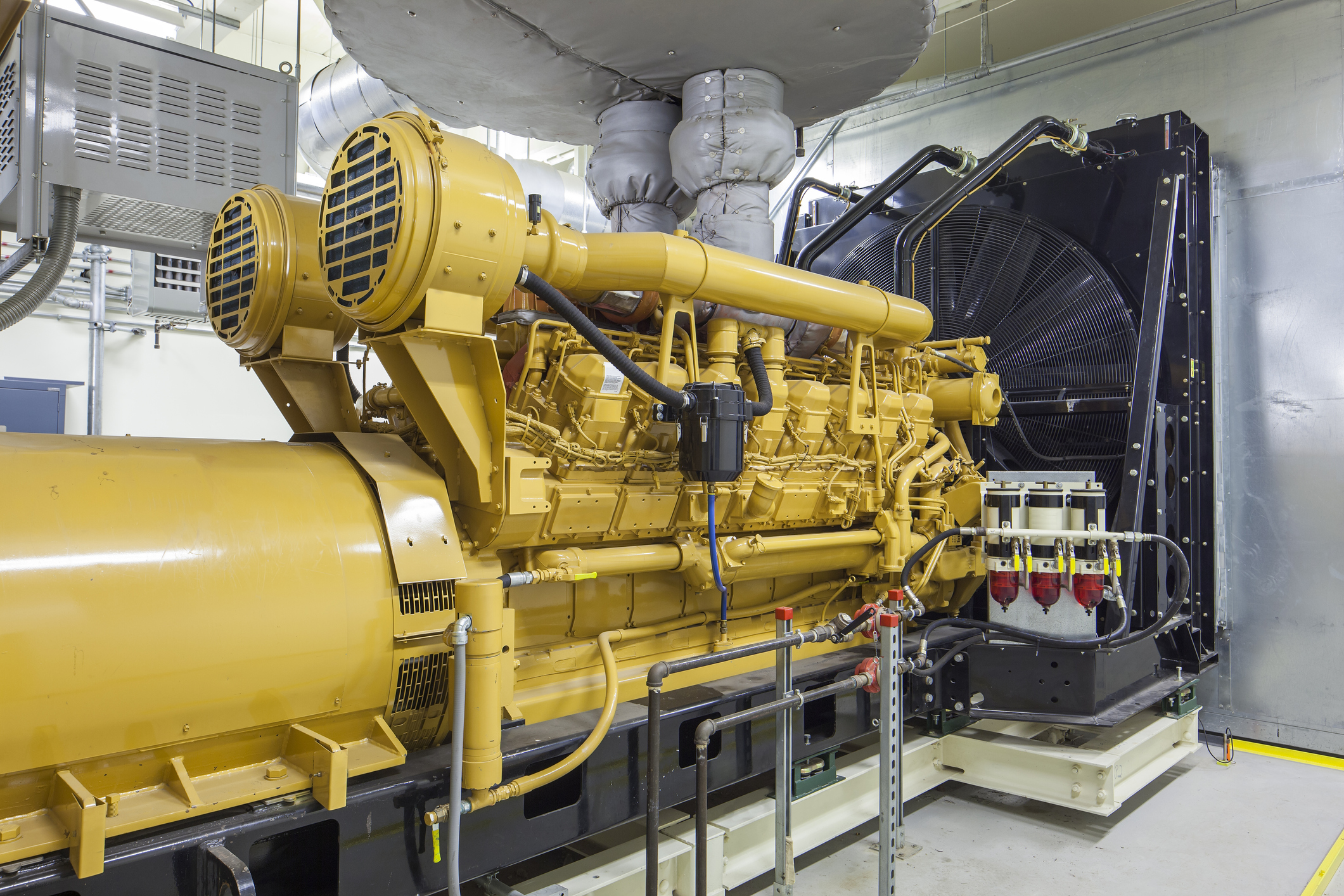 Mobile gensets are often called into action during catastrophes when there is considerable damage to electrical infrastructure (power lines) that prohibit the delivery of power to critical sites such as water treatment plants, sanitary sewer lift stations, etc. Mobile gensets may also be found at large construction operations where the demand for power exceeds that available at the site. Mobile gensets tend to be small enough that they can be towed behind a pickup truck or hauled on a flatbed trailer, often incorporating noise reduction, circuit protection, and other necessary functions into a single unit. What Mobile Gensets lack in quietness and sophistication of controls, they make that up with their flexibility and convenience of use. 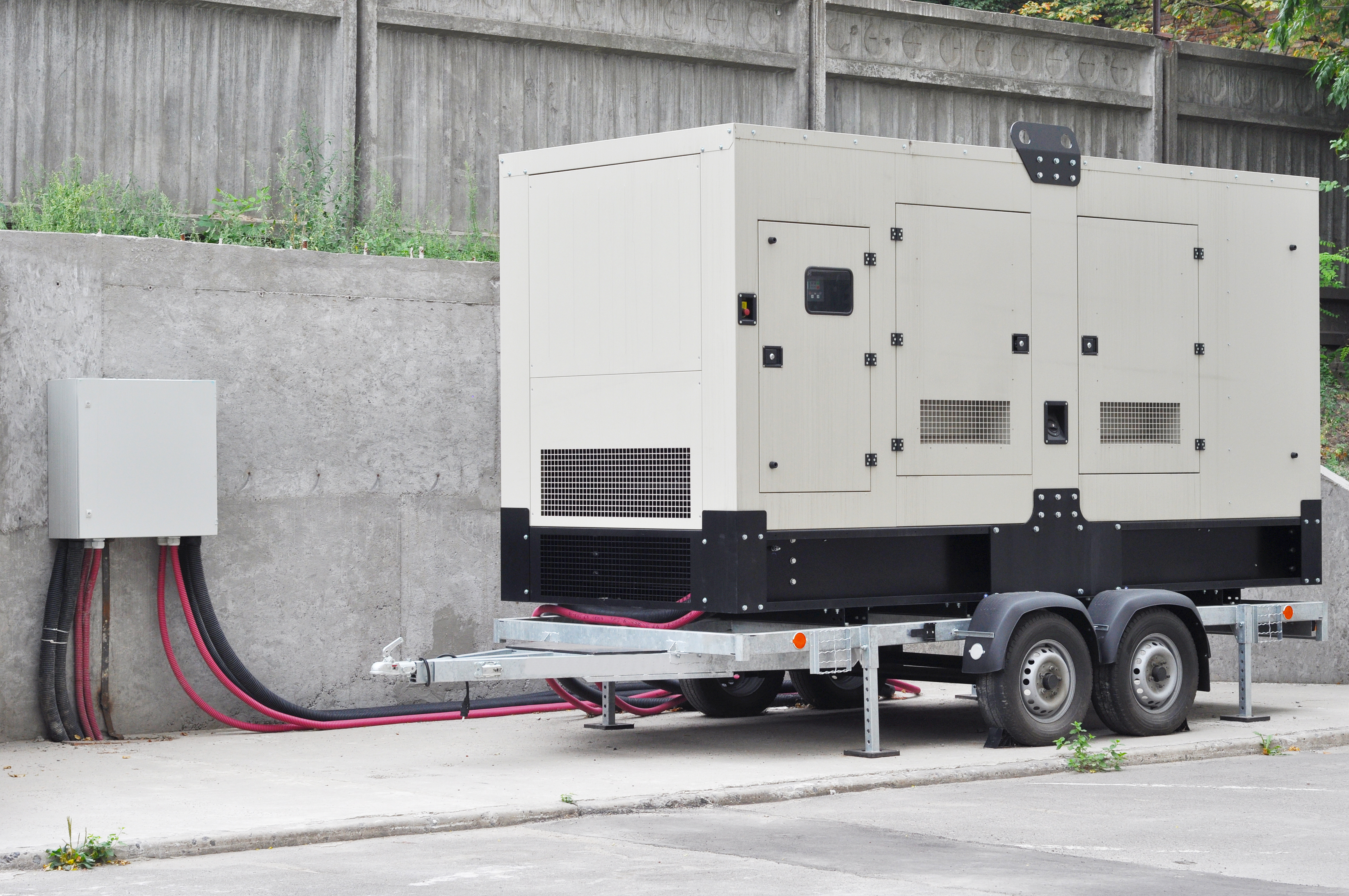 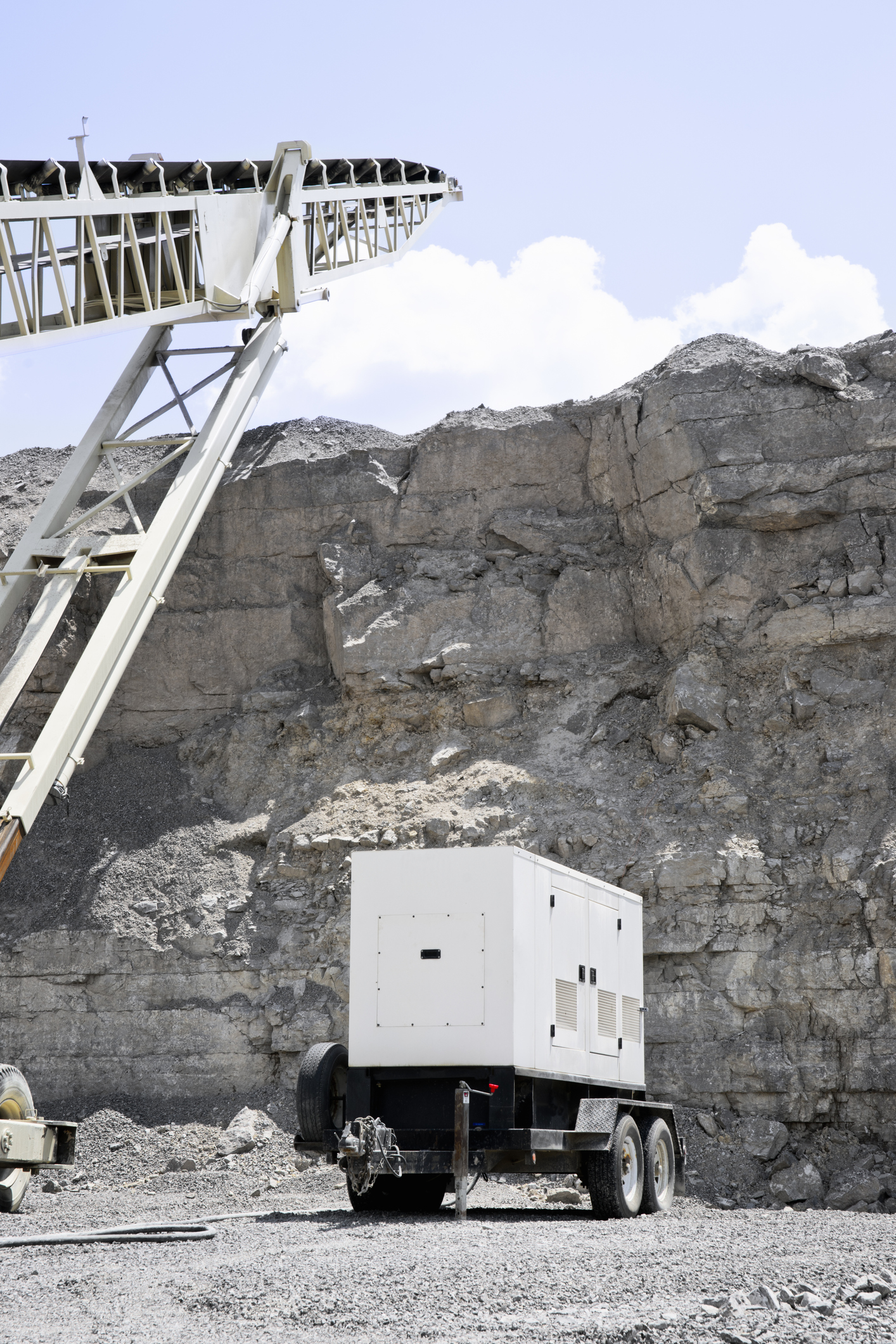 Gensets come in a variety of sizes with ratings ranging from a few kilowatts (1 kilowatt = 1000 watts) to large units capable of generating megawatts of electricity (1 megawatt = 1000 kilowatts = 1,000,000 watts). While the engines for all are quite similar, as you can imagine their sizes vary greatly. Larger stationary units capable of generating 2-5 megawatts (FYI - 5MW  is enough to power 4000 average US households or 600,000 “60-watt” LED light bulbs – transmission losses notwithstanding) utilize engines large enough to fill a large room/small building and require specialized, heavy equipment for service. As such, engine failures can be costly and catastrophic given the cost of the generators themselves, not to mention the costs associated with loss of electrical service to those relying on the generators. Generator engine failures can take many forms, including fires, internal component failure from wear-and-tear, improper maintenance, and various others. While the determination of the cause of an engine failure can be complex, an engineer well-versed in the analysis of engine failures has many tools at their disposal to determine the root cause of these failures. Given the variety of moving parts in an engine, these failures may arise from any of a number of causes including those attributable to metallurgical, tribological (lubrication/friction/wear), thermodynamic, turbocharger, supercharger, or other issues.

The good news is that these failures are rare and can often be avoided by the performance of preventative maintenance and routine testing/inspections of gensets and supporting equipment. Whatever the case, given our reliance on electricity in our daily lives it is good to know that generators are ready to keep the lights on in the event that other power sources become unavailable.

Chris S. Spies, P.E. is a consulting engineer with our Kansas City, MO office. Mr. Spies provides consulting services in the areas of vehicle systems analysis, mechanical system and component failure analysis, and industrial/commercial equipment failure analysis. You may contact Chris for your forensic engineering needs at cspies@edtkc.com or (913) 859-9580