Pumped storage is the process of pumping water uphill from one body of water to another in order to store the water, and more importantly, the energy used to get it there for use at a later date. This stored energy is known as potential energy.

For those of us that enjoy math equations, potential energy (PE) can be calculated by multiplying the mass of the water (m), gravitational constant (g), and elevation change (h).

Whether by the equation above or intuition, it makes sense that the amount of stored energy increases as elevation and/or the amount of water increases. Similar to a dam, this potential energy is used by running the stored water downhill through a turbine to generate electricity. 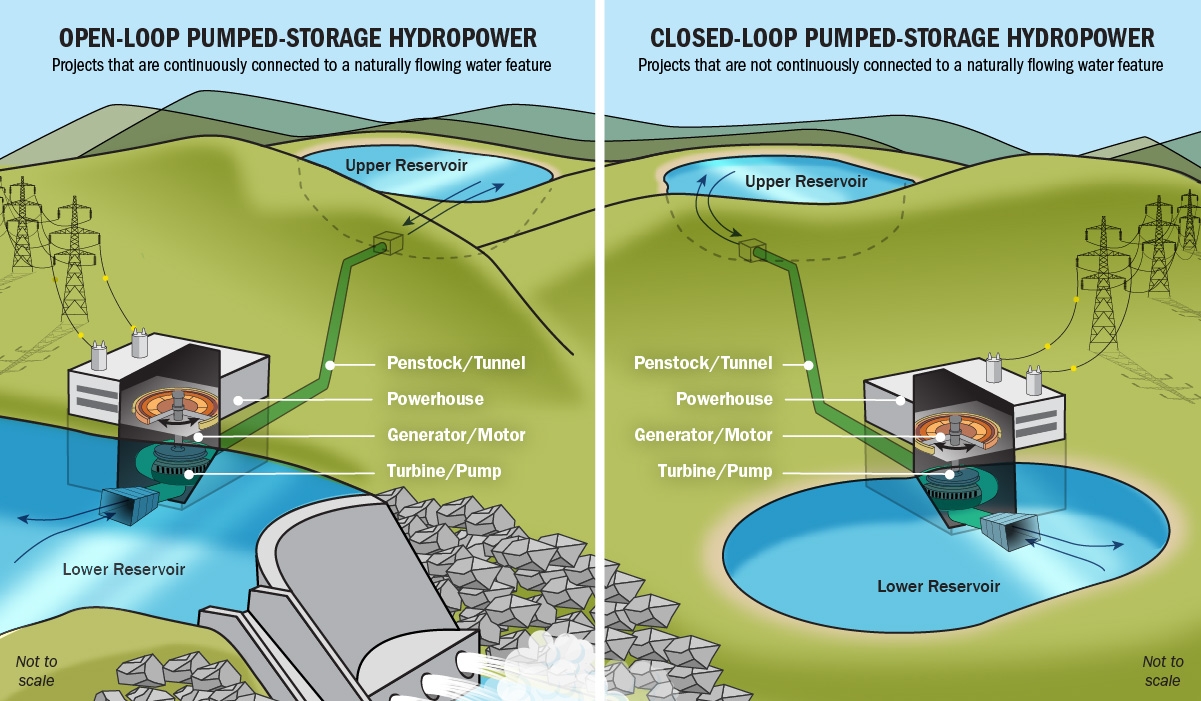 Overall, this process is an interesting concept, since in the engineering world it is well understood that nothing is 100 percent efficient. In other words, not all of the energy used to pump the water uphill can be recovered when the process is run in reverse. Friction, reservoir evaporation, and other factors are responsible for the majority of the energy loss, which can be as high as 20 percent.

Several factors make pumped storage beneficial even with this energy loss. First, it is important to understand that power generation is a balancing act. Power companies are continuously trying to balance generation versus demand. As more loads come online, power companies increase production. The portion of the day with the greatest demand is known as peak demand. This period of time is challenging for power companies as it requires more generation for a short timeframe. 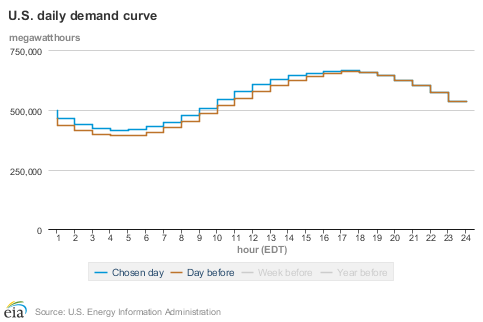 Pumped storage allows power companies to store energy during the low demand periods of the day so that it can be used to meet later peak demands. In other words, it helps power companies smooth out the peaks and lower operating costs. According to the 2019 Hydropower status report, the worldwide pumped storage generation capacity is 160.3 gigawatts, enough to power 134 million homes. The United States is currently third in worldwide pumped storage production.

What about renewable energy?

How does pumped storage fit into the equation? The answer again comes back to smoothing out the peaks. Several renewable sources of energy, particularly solar and wind, are known as variable generation sources. The energy available from solar is related to sunlight, which coincidentally begins to diminish right about the time of peak demand. Wind is even less reliable as it’s related to weather patterns. It is difficult at best to balance this type of power generation with demand.

Pumped storage can and is being employed to store the extra energy generated during the brightest parts of the day or during the strongest winds. This energy is then utilized during peak demands, at night, or during periods of light wind. With all these energy sources combined, utility companies are left with a more consistent power generation curve that is still from renewable energy sources. Now, that’s pretty cool!