No, I’m not talking about that feeling you get when you watch a suspenseful movie or thriller.

So, what is Creep?

Creep is a failure mode in which a material deforms or thins over time when subjected to a continued stress (load). Creep in metal is typically described as taking place within metals operating in a heated environment. However, metals experience creep at all temperatures when subjected to load. It’s just at lower temperatures the rate of creep is so low, the metal will rust away before it can experience enough creep to cause issues. On the other hand, the creep rate of plastics under many combinations of load and temperature is sufficient to cause failure during the part’s normal service life.

An example of this is described in the following narrative:

Twelve years after installation, a homeowner (me) exited his home to find water pouring down the driveway. Closer examination revealed this water was coming from the water meter box. After cutting off the 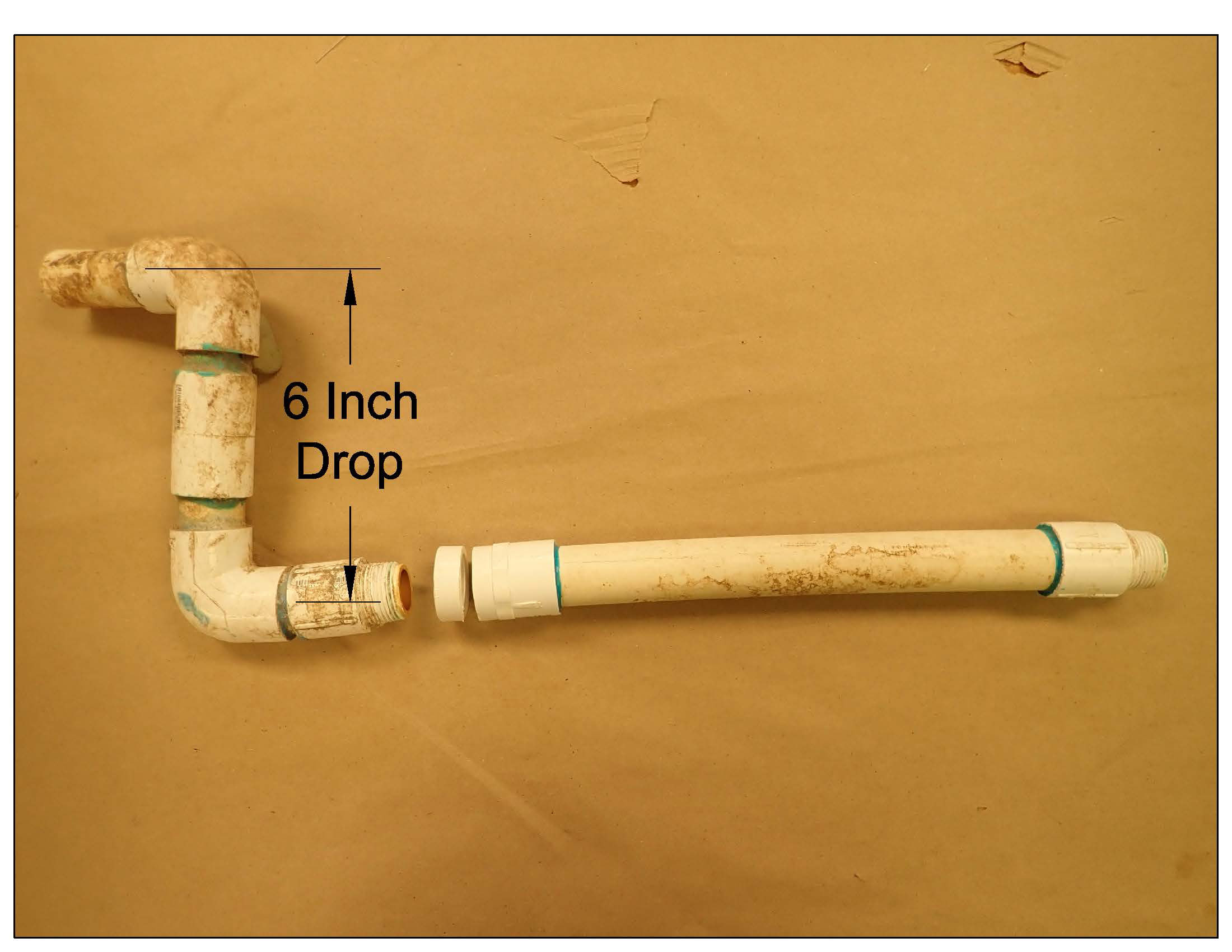 water at the meter and exposing the area of damage, it was observed that the plastic threaded connector attaching the transition pipe from the metal water meter to the house supply line had fractured. During the repair, it was observed that the original installation had a 6-inch drop installed where a drop of around 2 inches was required. The additional 4-inch drop had forced the section between the bottom of the drop and the water cutoff valve to have a continuous load creating stress within the pipe. 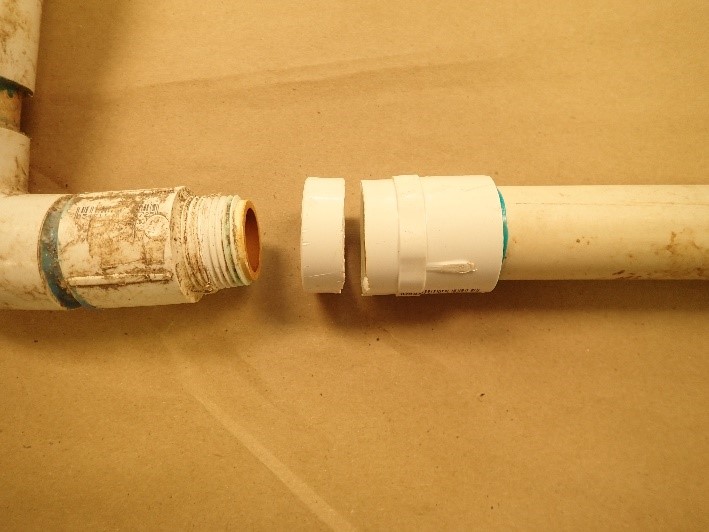 As can be seen in the figures, the plastic pipe and fittings had permanent deformation as a result of the continuous application of load. To be technical, the pipe and plastic fitting had experienced creep that resulted in the deformation of the pipe and fitting. As the fitting continued to be subjected to the applied load, it continued deforming the pipe and fittings until the section supporting the tensile (pulling apart) portion of the stress could no longer support the applied load. The plastic then experienced a fast fracture known as a rupture that resulted in it separating and allowing full water flow for about 3 hours.

In that time, it flowed an amount equivalent to the amount of water my house used in a 2-month period. On a great note, this failure was outside and not within an enclosed wall where it could have caused substantial damage to my residence. 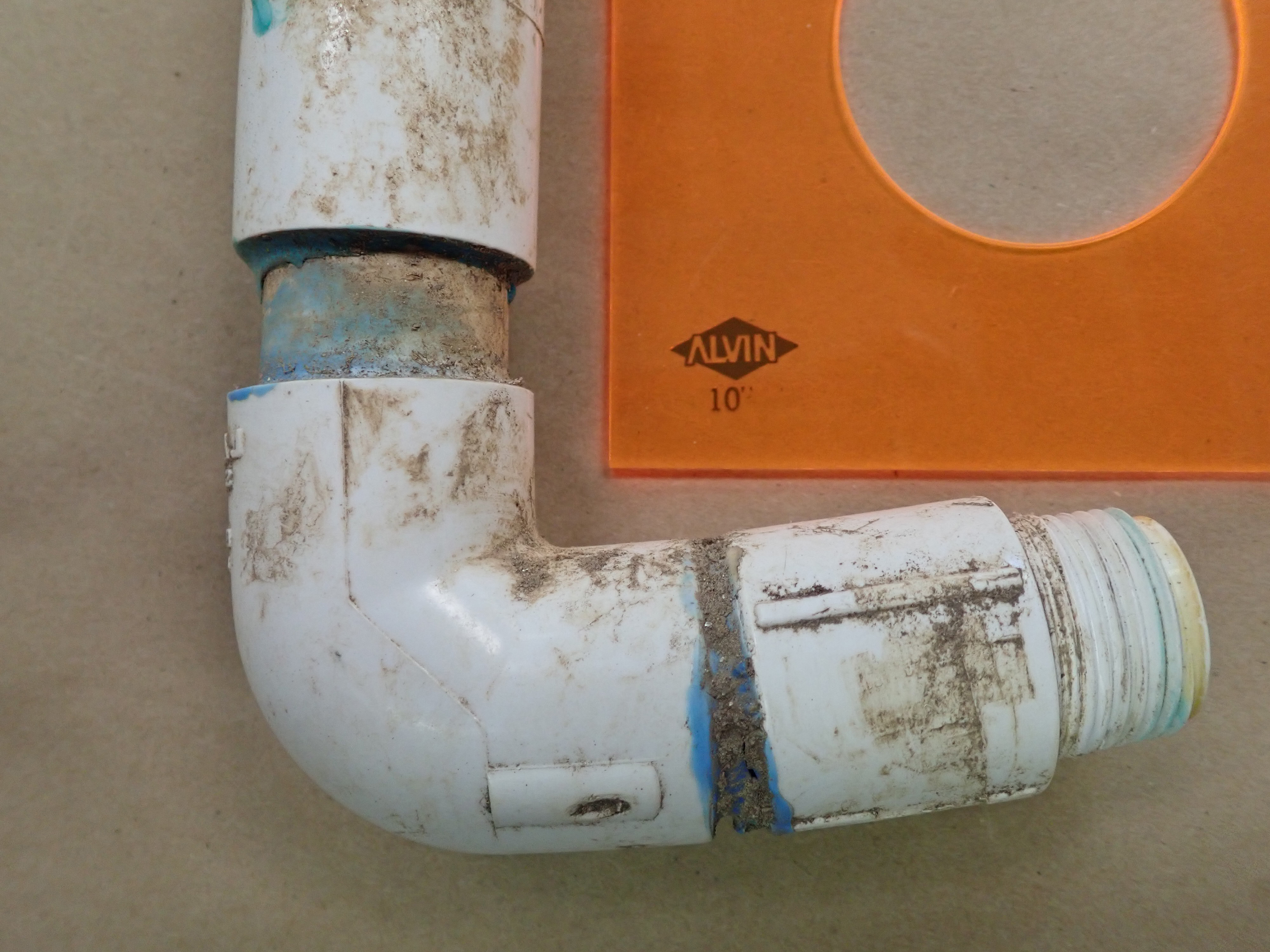 James I. Middleton, Jr., M.E., P.E. is a Consulting Engineer in our Columbia, South Carolina Office.

Mr. Middleton's areas of expertise at the firm involve engineering analyses including metallurgical analysis, loading analysis involving manual calculations as well as Finite Element Analysis (FEA) techniques, as well as failure and fracture analysis of varying types of mechanical components and systems. In addition, Mr. Middleton also is the senior vehicle engineer within the firm. In this role he analyzes issues involving passenger and commercial vehicles, heavy trucking, as well as off-road and construction equipment. This work includes accident reconstruction in addition to mechanical evaluations. You may contact him for your forensic engineering needs at jmiddleton@edtengineers.com or (803) 791-8800.