First is the science of how a fire starts. There are four components required for a fire. The four components are fuel, heat, an oxidizing agent, and uninhibited chemical chain reactions.  This is what is referred to as the “fire tetrahedron” (previously called a fire triangle).  A tetrahedron is a geometrical shape made up of four triangles. Each triangle represents one of the components. 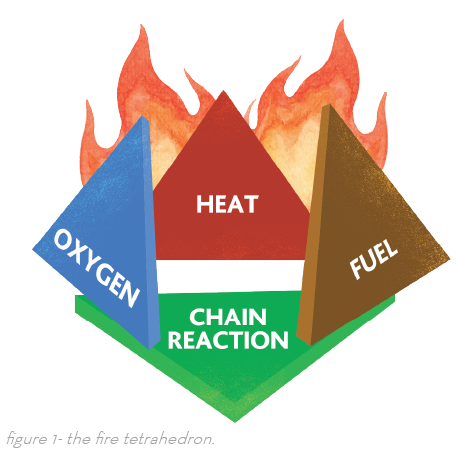 A fuel can be any substance capable of combustion, such as paper, cloth, or oil.  Heat is the ignition source of the fire, such as a spark or open flame.

The remaining two components require more explanation. The oxidizing agent can be, and often is, the oxygen in the atmosphere.  Oxygen makes up 21% of the air around us, with the rest of the air being comprised of nitrogen and trace amounts of other gases.  Oxidation is a chemical reaction where an oxidizing agent causes a loss of an electron in a material.

Oxidation is also an exothermic reaction, meaning it releases heat to the environment. The rate (speed) of thermal energy release depends on the rate of oxidation. Some oxidation takes place at a slower rate, such as the formation of rust (iron oxide), so the heat released is not readily noticed. The uninhibited chemical chain reaction portion of the tetrahedron is a complex set of chemical reactions that result in the rapid oxidation of a fuel, producing heat, light, and a variety of chemical by-products. 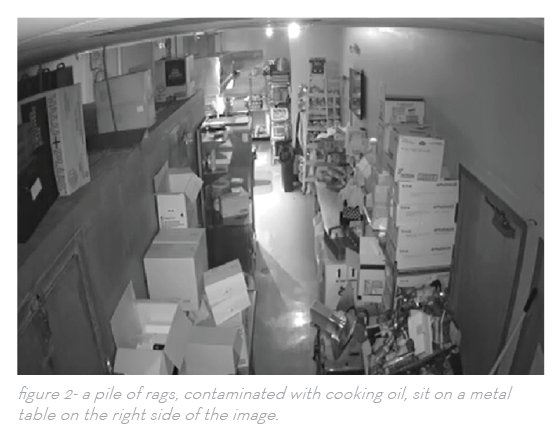 For a fire to take place, these four aspects must be brought together.  This phenomenon is well known to hay farmers.  If wet hay is tightly baled, spontaneous combustion can take place.  The fuel in this situation is the hay bale.  The oxidizing agent is atmospheric oxygen.  The uninhibited chemical chain reactions and heat come from microbiological growth.  Wet hay can be conducive to the formation of microbiological growth (generally mold) central to the hay bale.  This is an exothermic reaction.  As the growth continues, the hay acts to insulate the heat, causing the temperature internal to the hay bale to rise.  The heat generated from the reaction can reach the autoignition temperature of the hay, resulting in “spontaneous combustion” of the hay bale and a resulting fire. 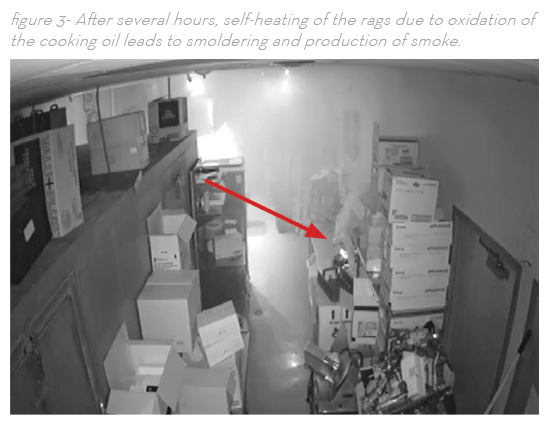 This is also a well-known phenomenon to furniture restorers.  Rags soaked in linseed oil, a common furniture restoration product, can auto-ignite when thrown in the trash.  Oxidation of the linseed oil, combined with the insulating properties of the rags and trashcan, may result in auto-ignition of the rags and a subsequent fire.  This situation was responsible for the tragic fire in 1991 at One Meridian Plaza in Philadelphia, PA, when rags soaked in linseed oil started a fire on the 22nd floor of the high-rise. 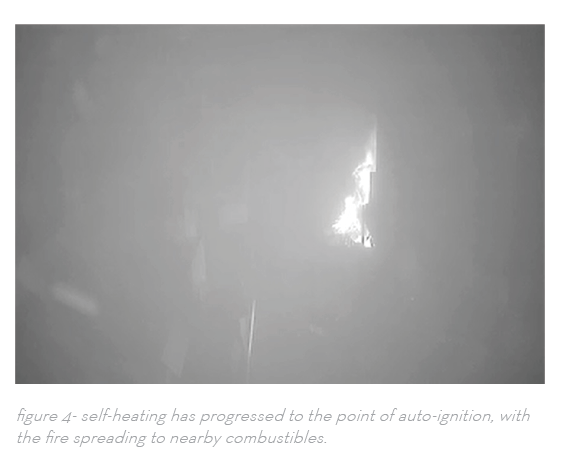