After an airplane crash, a search is made to locate the black boxes (the airplane’s flight recorder and cockpit voice recorder). The flight recorder is an electronic recording device that contains information from the flight data recorder and the cockpit voice recorder records the audio conversation and surrounding sounds happening within the cockpit. The data is used by investigators to assist in determining the cause of the crash. These recorders are referred to as “Black Boxes,” even though they are painted orange. 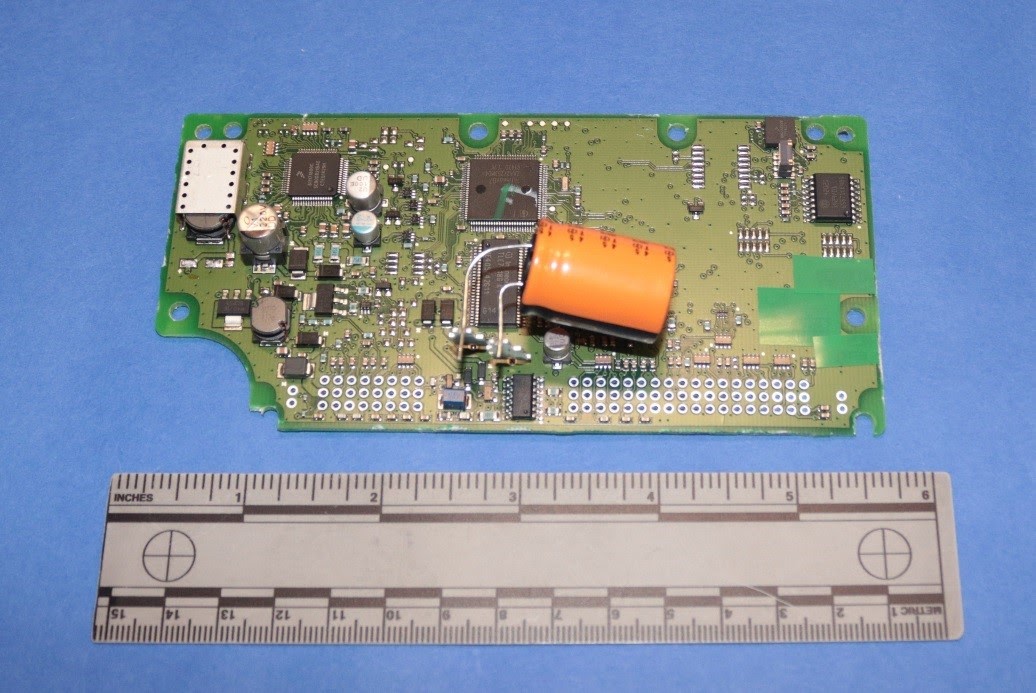 Depending on the vehicle and model, the airbag control module may also store several seconds of pre-crash data, such as the accelerator pedal position, engine speed (rpm), brake switch status (Off/On), wheel speed, and steering wheel position. The pre-crash data may be useful in determining the events of a crash and/or the response of the vehicle to a driver’s input.

As an example, consider a situation where a mechanical fault with the vehicle was reported to have caused a crash. The pre-crash data may show that the engine speed was reduced after the accelerator pedal was released. Likewise, a change in the brake switch status, from Off to On, reduced the wheel speed. These data indicate the engine and brake system were functional and responded to the driver’s input.

The data in a vehicle’s Black Box plays a big role in collision reconstruction. Bosch Crash Data Retrieval (CDR) Equipment is used to download data from a majority of the automobiles and light-duty trucks in use today. Engineers in the Charlotte, North Carolina, and Columbia, South Carolina offices of EDT have the Bosch (CDR) equipment and maintain a software subscription. EDT’s engineers are trained in recovery of data from vehicles and in use of the data in collision reconstruction.

Kenny A. McClure, P.E., CFEI is a Consulting Engineer in our Charlotte, North Carolia Office.

Mr. McClure's automotive interests began when his parents gave him a 1968 Mercury Cougar for his sixteenth birthday. He quickly learned that maintenance was a big part of owning a vehicle. Soon after, Mr. McClure began work at a machine shop, where he had the opportunity to learn about a variety of other machines. His interest in machines inspired him to enroll at a local college in the engineering curriculum. Many classes later, he earned a bachelor's degree and a master's degree in mechanical engineering from the University of North Carolina at Charlotte. You may contact him for your forensic engineering needs at kamcclure@edtengineers.com or (704) 523-2520.